Guest Post: How can messy and disordered processes produce complexity and life?

How are babies made in the womb? From a sperm cell and an egg cell, an embryo is formed, which then becomes a fetus, and ultimately a baby. Different cell types for bones, skin, muscles, blood, and brain are just a small part of the complexity of human life. Unimaginable numbers of proteins, nucleic acids, and lipids (fats) of just the right kinds are also precisely located in exactly the right locations. Without knowing any of these scientific details, the psalmist wrote, “Thank you for making me so wonderfully complex! Your workmanship is marvelous—how well I know it. You watched me as I was being formed in utter seclusion, as I was woven together in the dark of the womb” (Psalm 139:14-15, New Living Translation). In a certain sense, God makes each baby; in another sense, the baby makes itself—with help from the mother and father, of course!

Even single-celled organisms are remarkably complex, as are the molecules inside them. One example of these biomolecules are the proteins. Proteins are very important because they orchestrate much of the chemistry in living cells. Proteins are like strings of different-shaped beads, where the beads are repeating units called amino acids that are attached end-to-end, with short sidechains dangling off the string. Each amino acid in the sequence could be any of 20 distinct possibilities, each with a unique structure. With a typical protein length of about 300 amino acids, that means there are 20300possible combinations of amino acids for a protein of that length. That’s a staggering number of possibilities, representing even more different protein molecules than the number of atomsestimated to exist in the entire universe! And that’s not even considering different conformations (bends, twists, and turns), crosslinks, or other modifications (like attaching sugars or fatty acids) to the protein! That means any given protein structure is incredibly unlikely from a statistical perspective, so it is very important for biological systems to faithfully produce the desired protein every time it is needed.

What do proteins look like? Here are two sample pictures, with different ways of drawing them: 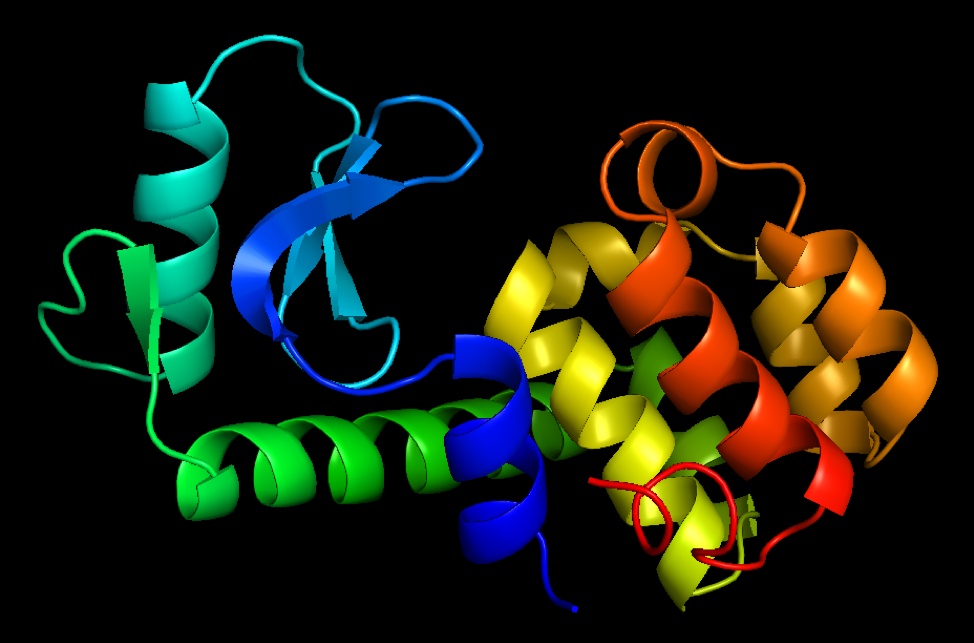 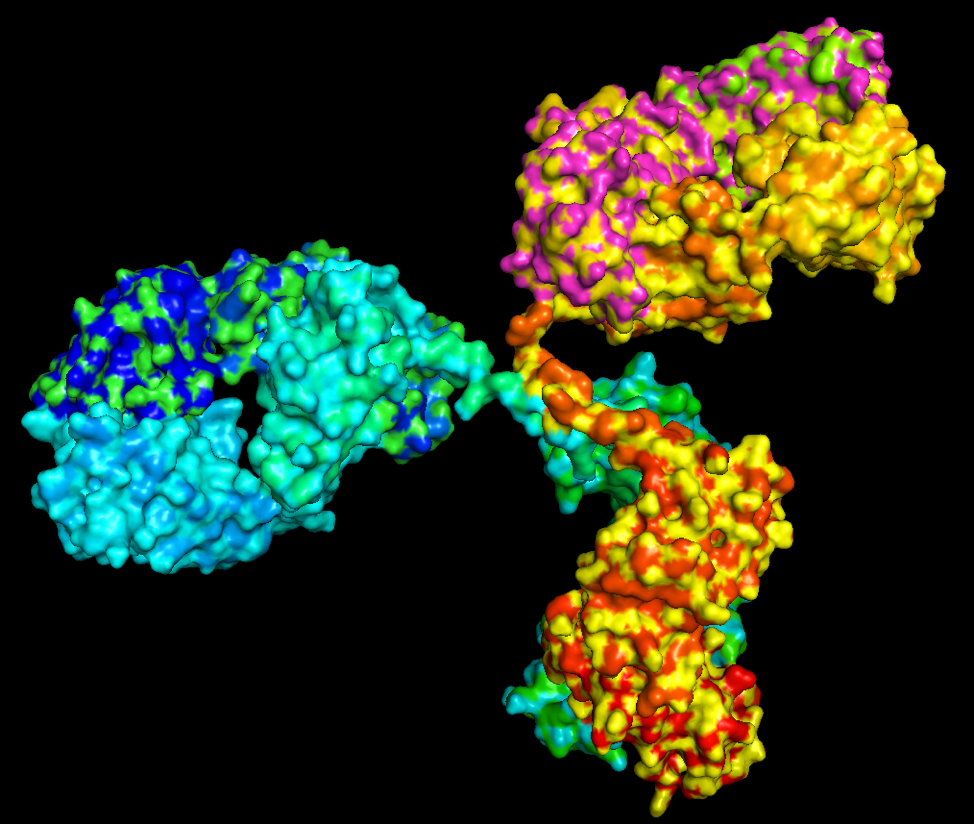 As the psalmist writes, “How amazing are the works of the Lord! All who delight in him should ponder them” (Psalm 111:2, NLT). To me, the complex structures of molecules are truly beautiful and wonderful to behold. It is a privilege for me to be a scientist who studies, designs, and builds them.

Sometimes making molecules is easy, but often it is not. It can take months or even years to make some molecules. On the other hand, if you are clever or lucky, you may discover a molecule that will make itself or self-assemble. How is this possible? How can you spontaneously form a more complex molecule? Doesn’t that violate the second law of thermodynamics, which states that chemical changes will always proceed with an increase of disorder and not an increase of order? At first glance, it would seem so. And it would be, if the overall process resulted in less disorder. But for each complexity-building step that results in a local increase in order, there must be an accompanying increase in disorder among other molecules. In other words, there is work involved. Just like cleaning your bedroom or bathroom does not happen spontaneously—it takes work!

For example, when the tetrahedral cage molecule below is formed spontaneously—through random molecular motions—from 6 diamines (grey/blue), 12 aldehydes (black/blue), 4 iron hexahydrates (red), and 1 guest (pink), the result is 1 cage molecule with a guest trapped inside, 12 waters produced in combining the diamines and aldehydes, and 24 waters released from the iron ions.

The cage that is formed certainly represents an increase in order compared to any of the individual components. However, in the process of its formation, 36 water molecules are released, which are then free to move about randomly in solution. This conversion of 23 molecules (6 + 12 + 4 + 1) into 37 (1 + 36) results in a net increase in disorder, and explains why it is favorable for this cage to spontaneously form itself, which then enables it to capture a guest molecule inside it!

Similar processes are at work in the formation of a cell membrane or of washing off dirt with soapy water. The lipids that make up cell membranes and household detergents contain both water soluble (positively or negatively charged: polar) and greasy (non-polar or hydrophobic) parts, and they self-organize to keep the greasy parts away from the water, maximizing the disorder of the water molecules that surround them. Again, locally ordered structures arise from an overall increase in disorder.

Scientifically, one may correctly state that random, messy, and disordered chemical processes are responsible for the construction of order and life. Ordered soap molecules, cell membranes, molecular cages, folded proteins, and new babies can all be described as the products of relatively simple or incredibly complex self-assembly. However, having scientific descriptions of natural phenomena does not exclude God’s involvement in them at their beginning nor even now. The Bible asserts that “through [Jesus] God created everything in the heavenly realms and on earth” (Colossians 1:16, NLT). And to this day, Jesus “sustains everything by the mighty power of his command” (Hebrews 1:3, NLT). You could say that we are randomly created and loved, and also purposefully created and loved. They are not mutually exclusive!

To explore further how the Bible, creation, and science can relate, see David and Kate Vosburg’s new book, Jesus, Beginnings, and Science: A Guide for Conversation at Pier Press or Amazon. The book is ideal for group discussions or individual reading, and it contains recommendations for many additional resources.

David Vosburg is a Professor of Chemistry at Harvey Mudd College in Claremont, California. He is a molecule-maker who enjoys preparing natural medicines and molecular cages using environmentally friendly methods. David is a Fellow of the American Scientific Affiliation and an Associate of the Faraday Institute for Science and Religion. He and his wife Kate, an InterVarsity campus minister, have three children who love Jesus, adoption, travel, books, games, food, and castles.